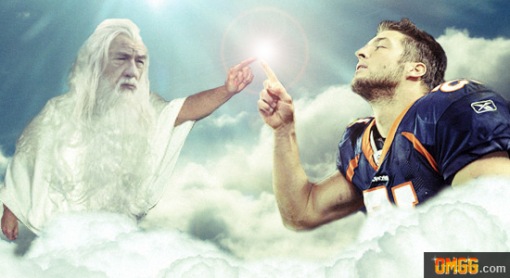 Now that the fantasy baseball season is coming to an end for all of those people that aren't going to be in the playoffs, like myself for example, it is time for what really matters in life-- Fantasy Football. Thanks to Justin Upton's whopping 9 home runs and Evan Longoria's shredded hamstring, I have never been more ready to move away from fantasy baseball and onto fantasy football.

Every year, people are always interested in sleepers and busts for their upcoming fantasy drafts. However, in my eyes, using the terms sleeper and bust is far too dependent on an array of variables like number teams and various roster configurations in a league. For example, a sleeper in a 10 team legue most likely isn't considered a sleeper in a 16 team league.

So, what I think makes sense is to go through players that I believe will dramatically exceed or fall below expectations. Even though I expect them to put up enormous numbers, this list isn't going to include guys like Aaron Rodgers or Arian Foster who are widely expected to put up huge numbers. 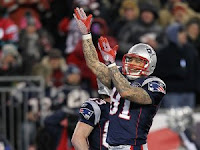 Mark my words: Aaron Hernandez will be money this year.

Gronk's unprecedented 2011 season makes it easy to forget that Aaron Hernandez finished 2011 third amongst all tight ends in fantasy points, even after missing two games from injury. In my eyes, Hernandez is vastly underrated-- the guy can do it all. He has the speed and route running capabilities of a wide receiver and even took hand offs out of the backfield towards the end of the season. Plus, he has like 90 percent of his body tatted up and he is on the Patriots, which is precisely why he is atop this list.

Every opposing defense this year is going to focus on stopping Gronk. This will open up space for Hernandez. Yes, the Pats have a ton of mouths to feed offensively with receivers like Lloyd, Welker, and Gafney plus the likes of Woodhead coming out of the backfield on third down, but I think Hernandez is destined to have a breakout season similar to what Gronk did last year. Now I don't think he will match the unparalleled 17 touchdowns Gronk put up last year, but I do think he can match the 90 receptions and 1300 yards.

Yes, he is a perennial injury risk. Yes, he was rated by some experts as the number one player going into the season last year. Yes, people who drafted him first overall last year probably lost their leagues because of it. Yes, his stock has plummeted following a season riddled with injuries where he missed three games with broken ribs.

With all that being said, I think now is an ideal time to buy in on Mike Vick while his stock is the lowest it has been in a while. If healthy, the guy is easily a top five quarterback because of his combined running and passing ability. Vick had 9 rushing touchdowns in 2010 and only 1 in 2011. If I had to predict, I would guess that Vick would get about 5-6 rushing touchdowns in 2012. This combined with an effective offensive scheme in Philadelphia and a happy Desean Jackson, who signed a new deal this offseason and will hopefully be willing to go over the middle once or twice, will lead to great numbers for Mike Vick in 2012.

Mike Vick is literally the definition of risk-reward. He is a major injury risk but has enormous upside. For the 2012 season, I am taking the upside.

In 2011 we saw flashes of how good Demarco Murray could really be-- 25 carries for 253 yards in week seven, 22 for 139 in week nine, and 20 for 135 in week ten. However, we also witnessed the downside of Murray in his broken ankle in week 14. Murray has been plagued with injuries since his college days at Oklahoma State.

Murray has a clear hold on the starting running back role in Dallas with Felix Jones FINALLY taking the role of a backup. I think the Cowboys have realized the importance of having a balanced attack offensively, which will mean more carries for Murray. He is also able to contribute in the passing down and as a third down back. And yes, I know his 253 yards in week seven was against the Rams' paltry defense, but it's 253 yards. Come on man!

Drafting Demarco Murray is a huge risk because of his stability questions and the fact that he has only seven career starts. But, he showed flashes of greatness last year and if you are willing to take that risk, I think you will be greatly rewarded. 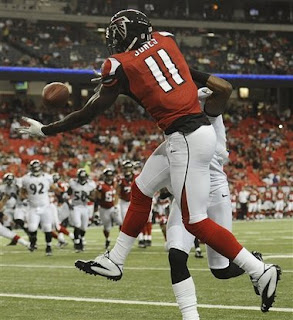 Julio Jones is a beast. He is huge. He is fast as hell. Another guy with injury issues, last year he was plagued with hamstring issues. But, if he can stay healthy, he should have no problem surpassing Roddy White as the Falcons' number one receiver. 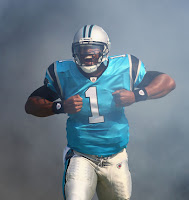 Cam Newton took the NFL by storm last year. This is clear. However, if you were to look closer at his stats, it is also clear that defenses started to figure him out in the second half of the season. Following Carolina's bye week in week nine, Newton only averaged 207 yards per game over the final eight weeks. In his last three games, Newton didn't even surpass 200 passing yards in a game-- 149 against Houston, 171 against Tampa, and 158 against New Orleans. Those stats, to me, make it seem like defenses started figuring out how to stop Cam Newton.

Also, I dont think it is likely that Newton rushes for 14 touchdowns again in 2012. Yes, he will still likely lead all quarterbacks in rushing touchdowns, but I don't see him getting 14. Last year Newton was the Panthers' goal line back. Hence part of the reason for the 14 touchdowns in 2011. In addition to Jonathan Stewart and DeAngelo Williams, the Panthers also signed Mike Tolbert this offseason. If you remember, Tolbert was the goal line back from the Chargers last year. I have a feeling that the Panthers will be handing the ball off more in the redzone, which will ultimately decrease Cam Newton's rushing touchdown numbers.

I forsee a rapid decrease in Cam Newton's fantasy value throughout 2012.

It truly pains me to include Gronk on this list. Not only is Gronk the coolest guy in the world, but I do believe he will put up good numbers this year. However, I don't think he will come anywhere near the numbers he put up last year.

First, Gronk's incredible stats last year means that defenses are going to game plan the Patriots offense with the sole purpose of stopping Gronk. I know the Patriots have a ton of other targets, which will cause defenses to have to spread out its coverage, but I think major attention is going to be paid to Gronk. I think teams will approach the Patriots thinking, "it's alright if other guys beat us, but we will NOT let Gronk beat us." A huge amount of attention is going to be on Gronk and I think Brady will resort to other guys like Lloyd, Welker, and Hernandez.

Also, Gronk scored 17 touchdowns last season. 17 touchdowns!! That number is ridiculous. I don't think that number is repeatable. After putting up numbers like that, Gronk will surely be double covered whenever the Patriots get into the red zone.

Now don't get me wrong, I think Gronk will put up solid numbers this year. But, I dont think he is going to put up some of the ridiculous numbers that people are expecting him to put up. 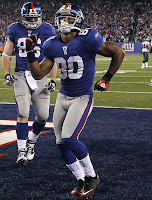 Victor Cruz is another guy that I hate to put on this list. The guy, like myself, graduated from the prestigious University of Massachusetts-- so we know he must be a scholar in addition to a great athlete.

Unfortunately, I don't think Cruz's 2011 numbers are sustainable. Last year Cruz broke a TON of big plays. This was why his numbers were so good. Last year Cruz scored nine touchdowns. Five of these touchdowns came from 99, 74, 74, 72, and 68 yards respectively. Those are huge plays. I just don't see Cruz putting up as many huge plays as he did in 2011. I think he will see a lot more cover 2 with a safety deep on his side to limit those big plays of 2011.

I would be careful drafting Victor Cruz this year. I think his numbers will decrease noticeably in 2012.

I have owned Frank Gore in fantasy leagues in each of the last two years and in each of these years Gore has let me down. This year, I will not be owning Gore.

Because of Gore's injury history, last year the 49ers limited his carries throughout the season. Nothing is more frustrating than having the guy in one of your rb slots get zero carries in the second half of a football game. You can't score points when your not getting carries.

Also, the 49ers backfield is DEEP this year. With Kendall Hunter returning, the signing of Brandon Jacobs, and the drafting of LaMichael James, the 49ers have a lot of mouths to feed in their backfield.

It is also interesting to note that Gore had only 17 receptions last season. Gore is a solid receiving back, so this number was perplexing and annoying for his owners. I expect Kendall Hunter to be in the game for a noticeable amount of the 49ers third downs this year, which will significantly decrease Frank Gore's already decreasing receiving numbers.

Ultimately, Gore's numbers have been declining over the past few years and I expect no change in this for the 2012 season. I would avoid investing in Gore this year.

Guys Who Will Fall Below Expectations Because of Injuries

Andre Johnson is a stud. However, every year he finds a way to get himself injured. If he could play a full season he would put up great numbers. But, he can't stay on the field the entire season. Johnson will likely find a way to get injured and miss a few games during the 2012 season. ESPN has Johnson ranked as the 3rd overall receiver this year. No way am I wasting the kind of draft pick that will be required to get him at that ranking.

I have a reoccurring image in my head of Peyton Manning getting blindsided by James Harrison and then crumbling into peanut brittle.

I would bet my life savings on Jahvid Best getting at least one concussion this year. Ever since his freak concussion while in college in 2009, it seems like Best has averaged more concussions per season than touchdowns. I just can't see Best staying healthy this season.

Ryan Mathews is another guy who could be great if it weren't for his perennial spot on the injured list. Mathews already injured himself in week 1 of the PRESEASON. He will likely return by week 2 or 3 of the regular season, but I sense that this will not be the last injury for Mathews this season. The potential is there--if healthy Mathews is a sure fire number 1 running back--but for me, the risk is too high.