Another win for the Pats who are now 3-0. Might be the worst 3-0 team of all time. The Pats have now beat the Bills, Jets, and Buccaneers. Not exactly the cream of the crop in the NFL. BUT, the Patriots have been able to win with an offense throwing passes to quite possibly the worst receiving group of all time. With Gronk getting closer and closer to coming back, this offense will only get better. Lets just hope he stays healthy and spikes footballs all season.

Good for Andrew Luck taking down his old coach. But, what is going on in San Francisco? Where is the defense and running attack from last season? I am sure Harbaugh will figure this out, but if I was a 49ers fan I would be getting a little worried about my team.

Also, how about the 49ers choosing to send Aldon Smith to get help AFTER the game yesterday. Oh, yeah, we are really concerned about getting Aldon help, but lets make sure we let him play first before we do anything. 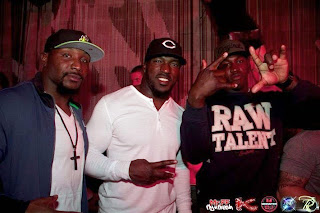 Wasn't Cleveland trying to lose this game? What happened here? 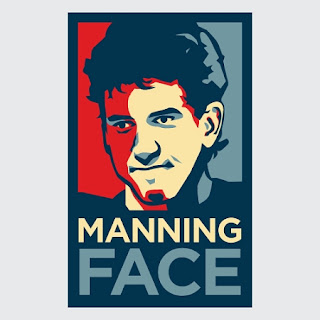 What is going on with the Giants? 90 yards passing and 60 yards rushing. This team looks awful. Coughlin is definitely not happy.

Last week I said, "Hand the ball of to DeMarco Murray more!" Apparently the Cowboys were listening. Look what happens when you run the ball, Dallas!

Not looking great for the Pittsburgh Steelers these days.

Are we sure the Jacksonville Jaguars are a real NFL team? 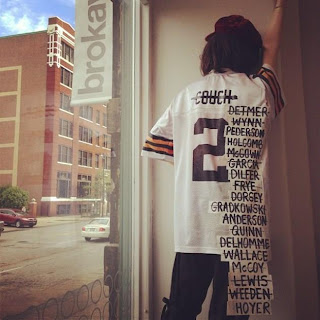 In case you live under a rock, the Cleveland Browns traded Trent Richardson last night. Yes, the Trent Richardson that they drafted with their 3rd pick in 2012. I don't hate the move for Cleveland--they got a first round pick in return for a running back and will now have 2 first round picks in the draft next year. Running backs don't win Superbowls in today's NFL. But, this move trades away the only thing exciting about the Brown's offense.

Oh, and with Brandon Weeden out, Cleveland will be starting Brian Hoyer instead of Jason Campbell. Tanking much?!

Also, Brandon Weeden will be turning 30 this October. He was drafted in 2012. GREAT PICK MIKE HOLMEGREN! It is hard not to feel bad for Cleveland Brown fans. 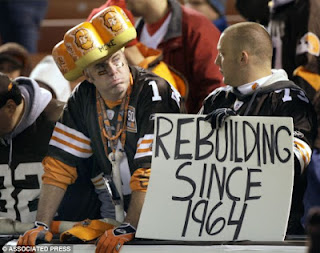 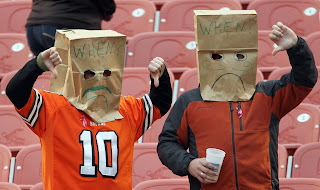 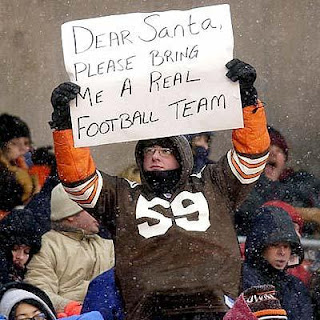 I really wish I didn't pick the Texans to be the AFC representative in the Superbowl.

I thought Cleveland was going to be a sleeper this season. Guess not! Weeden is awful. Also, why is the Browns logo an orange helmet? Doesn't make any sense. 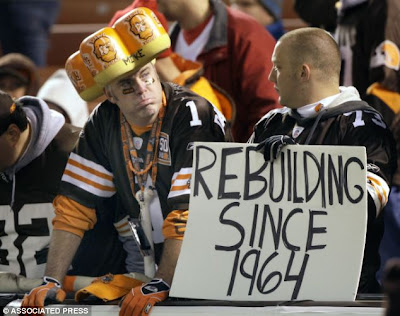 As far as Baltimore, it would have been nice for Flacco to take a little less money so the team could actually fill out the rest of its roster. Enjoy throwing to Brandon Stokley and Dallas Clark all season! Also, for the sake of my fantasy team, I really hope Ray Rice's hip flexor is ok. Thanks for the 1 point though, bro! 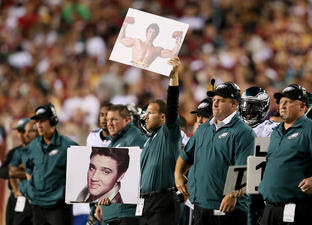 Also, really going to miss being able to pick against Norv Turner every week. San Diego might not actually be that bad this year. Shocking.

Chiefs in the house. YEAH YEAH. Chiefs are good and are going to be a playoff team this year. Good for you, Andy Reid.

Hey Dallas, hand the ball off to DeMarco Murray more! 12 carries?!? COME ON! Also, Dez Bryant is an absolute beast.

Aaron Rodgers could have thrown for 600 yards yesterday. The best part is that I am not even exaggerating. He finished the first half with 335 yards and 3 touchdowns! He ended up throwing for 480 yards. The Packers had a big lead for the majority of the 2nd half so there was little pressure on the Packers to throw. This number could have been much larger.

The Redskins are not good. Last week they made the Eagles look like the greatest offensive team to ever play football. Please note that the Eagles lost to the Chargers this week. Yes, the Chargers. The Redskins follow up their awful week 1 performance by giving up 480 yards passing. Yikes! I'm not sure what is going on with that defense, but whatever it is isn't working.

Also, Brandon Meriweather needs to be permanently removed from the NFL. 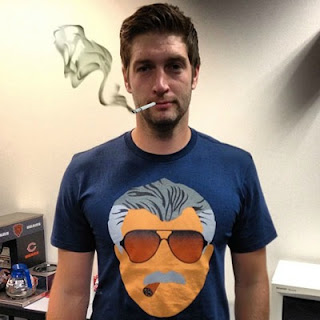 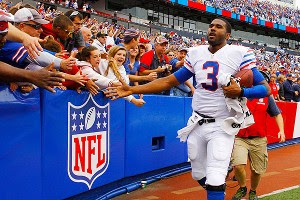 Bye bye Greg Schiano. Tampa is a mess right now. I'm not sure Schiano and/or Josh Freeman make it past their week 5 bye. 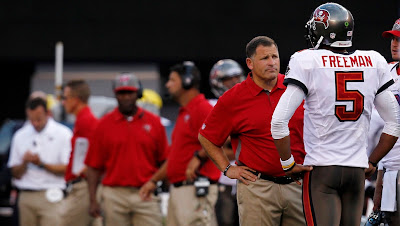 This picture of Megatron in Patrick Peterson's visor is sick. 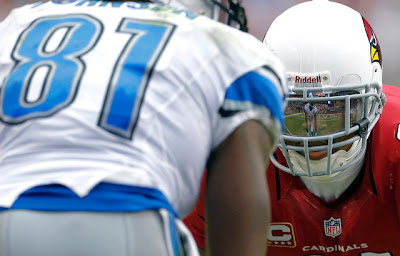 This game was so bad that a TV station in Orlando apologized for showing it. I think that about sums it up. 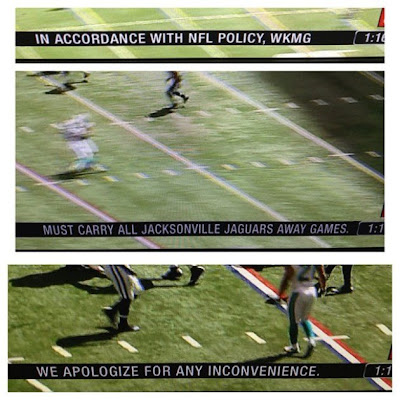 Noodle arm wins again. If only the Patriots had someone like Wes Welker to throw to. Oh, wait! Nah, I am sure Brady is fine throwing to wide receivers that have trouble catching passes. 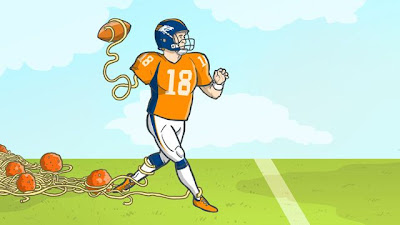 Seattle looks awesome. These teams are both REALLY good, but Seattle playing at home is going to be tough for any team to beat. These two teams are at the top of the class in the NFC. 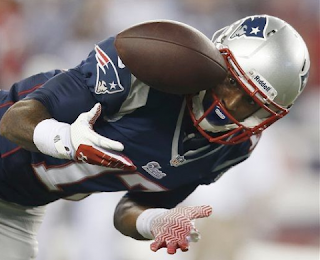 After last night's ugly 13-10 win over the Geno Smith led Jets, it's starting to appear that the Patriots might suck. The offense looked awful. Because of injuries, Tom Brady was throwing passes to a college qb and an undrafted rookie free agent. Watching the patched-together Patriots wide receiving corps drop passes all night was frustrating, to say the least. It is starting to make sense why Kenbrell Thompkins lasted 7 rounds of the NFL draft without hearing his name called. HE CAN'T CATCH! I am no expert, but being able to catch seems like a pretty important attribute for a wide receiver. At one point I was expecting Brady to come out from halftime covered in blood from stabbing Dobson because of all his drops. Brady wasn't clicking with these guys and he didn't hide his frustration.

It is going to get better when Gronk and Amendola come back, but these guys are perennial injury risks. The one concern with Amendola this offseason was his health and he has already found a way to miss a game. ITS BEEN TWO WEEKS, DANNY! Saying I am concerned would be an understatement.

In terms of the defense, yes they forced some turnovers. However, forcing turnovers against Geno Smith, a rookie qb in his 2nd career start, is nothing to get too excited about. It was nice to see the team actually show some resemblance of a pass rush during moments of the game. Chandler Jones' two sacks were definitely exciting. But, it will be interesting to see how this defense holds up against a good/decent offense. The Jets might have the fewest offensive weapons in the league, a competent defense should be able to shut them down.

I know a win is a win and the Patriots are 2-0, but I am concerned. This is a different team. A less exciting, less good team. Belichick is known for building/progressing his teams through the season. This team is going to click much better week 17 than it did last night because of Belichick's coaching. I am sure they will win the awful AFC East, but is this team really going to compete for a Superbowl? I am not so sure.
Posted by thegp at 9:15 AM No comments: 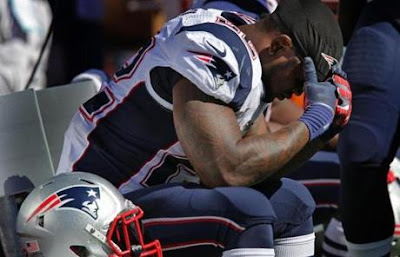 Amazing! Shane Vereen had a broken wrist and still managed to fumble less than Ridley!

Vareen looked awesome yesterday. One of the only bright spots in an overall gloomy win for the Patriots. It is too bad he will miss the next few weeks. Lets hope Ridley and his two non-broken wrists will hold onto the ball this week.
Posted by thegp at 2:36 PM No comments:

Talk about a late hit. Kap was a solid 3 yards out of bounds only to have a flying Clay Mathews, pretending to be superman, diving at his neck. If this was Ndamukong Suh instead of Clay Mathews there would be outrage and everyone would be talking about suspending Suh for multiple games. But, since it was Mathews, no one is really talking about it. Seems hypocritical to me.

PS- Clay Mathews went on the radio before this game and talked about how him and the Packers were going to focus on hitting Kaepernick. Once again, imagine if Suh said that before the game and then went out and hit Kap 5 yards out of bounds. Refs probably would have ejected Suh from the game. Hypocritical.
Posted by thegp at 2:24 PM No comments: 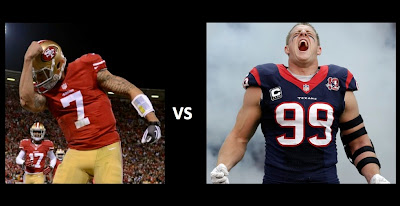 San Francisco 49ers over the Houston Texans. No explanation needed. Don't ask questions, just accept it. The 49ers will run train on the Texans in the Super Bowl this year. From here on out you may refer to me as Nostradamus.

I'll ride or die with Jim Harbaugh any day. 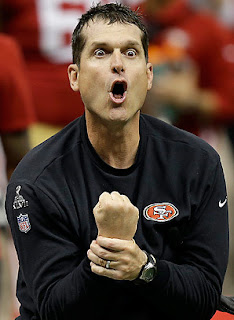